Natalya Sidorova’s face flashed terror when she saw the man running at her in the hallway of the Camino Real Hotel in Acapulco with a knife in his hand.

It was Jan. 22, 2010, and Sidorova, of Gold River, was on vacation at the Mexican coastal resort with her husband, Jerald Kenneth Schultz, who held a $2 million life insurance policy on her.

The hotel surveillance video showed Sidorova, who was 48, trying to fight off the fatal attack while her husband stood and watched, almost like the referee at a prizefight. Schultz stepped back in the film and and observed from a few doors down as the man with the knife dealt the death thrust to Sidorova. He exchanged a few words with the man before the killer ran off. Alone in the hallway, Schultz inspected his dead wife’s body. Then he went into his hotel room, got an ice bucket and tossed it on her side before he ran down the hall and called for help.

Four years later, with Schultz and his accomplice arrested and jailed in Mexico, the case has played out in Sacramento Superior Court as well as the U.S. District Court in the Eastern District of California, where Sidorova’s son from her first marriage tangled with the Transamerica Corp. over the insurance policy Schultz took out on his wife in 2003.

Yevgeniy V. “Eugene” Sidorov prevailed in both venues, and he has since been awarded the $2 million, plus interest.

“My mom was not only my mother, she was also the best friend I ever had,” Sidorov said, in an interview at a downtown Starbucks. “We were so close. I could always talk to her about things and just listen to her opinion. She always loved me, and I’ll always love her. We’ll always be together.”

Sidorov, 31, a long-haul truck driver, replaced Schultz as the policy’s payee as a result of the “slayer statutes” on the books in California and other states that prohibit murderers from profiting from their crimes.

Transamerica made Sidorov work for it first. His attorney, William W. Palmer of Sacramento, filed for probate last May and obtained an order from Judge Matthew J. Gary on July 29 stating that Schultz, under the law, in effect had “predeceased his spouse” by killing her. The judge struck Schultz out as a beneficiary under the life insurance policy and named Sidorova’s son her sole heir.

Two months later, Transamerica filed in federal court to have the case removed from Superior Court.

The company in its filings confirmed that Schultz took out the insurance policy on his wife in February 2003. And after reviewing the hotel surveillance video and retaining the Diligence International Group to investigate the case in Acapulco, Transamerica conceded in court papers that the film appeared to have shown Sidorova and Schultz walking down the hallway, the assailant jumping out of a fire exit to stab her, Schultz doing nothing to stave off the attack, Schultz conferring with the killer right afterward, and lastly, trying to make it look as if she was killed on her way to the ice machine.

Worried about “duplicative liability,” Transamerica questioned whether Schultz had been officially convicted under Mexican law. A spokeswoman for the Mexican Consulate in Sacramento did not have any information on the status of the prosecution.

U.S. District Court Judge John A. Mendez on Dec. 3 rejected Transamerica’s pleading that he take over the case, and he sent it back to probate, where Judge Gary on Dec. 9 ordered that Sidorov “is entitled to possession of the policy proceeds of Transamerica Life Insurance Policy No. 42096786.”

In the interview, Sidorov said that with the money from the life insurance, “I will probably try to have a good life, be a normal person and help people who need help.”

Sidorov said he and his mother are Russian nationals who came to Sacramento from Siberia when he was a teenager to join relatives who had moved to the region.

He said his mother and father divorced and that she may have met Schultz while she was working as a masseuse for a local chiropractor. A report in The Sacramento Bee on new business openings showed that a Natalya Sidorova opened a massage therapy practice in Carmichael in May of 1999.

Business information websites list Schultz, who is believed to be about 65, as president of a vending company with an address at the residence he shared in Gold River with Sirodova and her son.

His past also includes two criminal cases filed against him in Sacramento Superior Court, according to online records. In December, 2000, he was charged with burglary and petty theft. Schultz was convicted on his own plea on the theft charge, but the count was later dismissed after conviction, the records showed. In October 2004, Schultz was charged in another theft case that also was dismissed.

“He was always kind of a quirky guy,” Sidorov said of Schultz. “We were OK, but it kind of didn’t work out between me and him. We couldn’t get close.”

Court documents identify the accomplice who stabbed Sirodova to death as a man named James Mason. Sirodov said he doesn’t know the man. Palmer, the attorney representing Sirodov, said Mason and Schultz may have grown up together in the Folsom area.

“My understanding is they flew down with the victim on the same plane – he (Mason) was with them,” said Palmer, a former chief counsel in the state Department of Insurance. Palmer provided the video of the killing to Transamerica and The Bee.

According to a letter from a Transamerica claims examiner contained in the federal court file, Schultz may have tried to collect three years before his wife’s death on the life insurance policy he took out on her.

“While we were notified in 2007 that she passed away at that time, after sending our claim requirements letter we were then notified that she had not passed away, and we closed the claim and reactivated the policy,” said the April 24, 2014, letter from the claims examiner, Kelly Siebels, to Palmer.

Siebels also said in the letter that premium payments on the policy had been maintained for more than three years after Sidorova’s death.

Palmer said in his court papers that the disclosure of an effort to collect on the policy in 2007 should have raised a red flag with Transamerica. The company “owes a duty of candor and must explain that it knew about the efforts to murder the Decedent as early as 2007,” he wrote.

“Something was wrong with that insurance policy,” Palmer said in an interview.

Andrew S. Williams, a lawyer with the Los Angeles law firm that represented Transamerica in the Sirodov litigation, declined to be interviewed.

“We can’t comment on claims or pending litigation,” Williams said in an email. 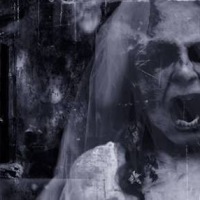 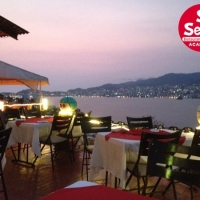 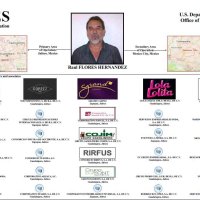 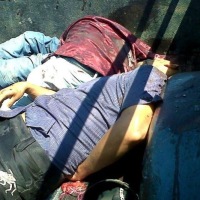